In the midst of the epic rains and flooding here in Colorado, I was lucky enough to find a way to stay grounded in reality.

In August (2013) I taught the math camp for incoming economics graduate students. It’s less s’mores and sleeping bags and more of a week-long prep/refresher course containing the mathematical background the fresh-faced newbies will need to survive the economics graduate career they’ve just signed on for.  Since it’s my last year in the department, nostalgia took over and I offered up all sorts of unsolicited advice to my audience. I told them to approach everything as an opportunity to become an expert on the material, rather than the common undergrad tactic of ”I just need to get through this exam, this class, this semester”.  On the other end of the spectrum I suggested that they find something (hobby, sport, friends) that has nothing to do with economics, to maintain sanity and the ability to talk about something other than economics at a happy hour.

Somewhere in between I recommended that they get involved in something that keeps their economic interests grounded in reality.  Otherwise you end up like me the year after the first two years of coursework: frustrated and unable to remember why I had thought a graduate degree in economics was a good idea.  Luckily, I’ve mostly left those murky waters behind. The turning point for me was when I joined the City of Fort Collins Water Board. I was able to see water resource economics issues in a new light: reality.

I had the unexpected opportunity recently to be reminded, once again, of how important this last bit of advice really is. There are three parts to this story (…keep in mind that Wikipedia states that “things that come in threes are inherently funnier, more satisfying, or more effective than other numbers of things” so you’ll be doing yourself a disservice if you don’t read all three).

First, I was able to reconnect with my experiment (see Research) that I conducted for a chunk of my dissertation. It’s motivated by the question: How will smart meters, which can provide real-time information on use and prices to households, affect consumption of water/energy and responsiveness to prices and other policies? I originally ran it with undergraduate students in Spring 2012, then ran it with Fort Collins Utilities employees in early September 2013. It reminded me why I like experimental economics and allowed comparison across the typical experiment participant (students) and practitioners. This last part is a somewhat rare opportunity. Many economists think young, undergraduate students don’t act like the rest of the population (which sometimes they don’t: Redbull instead of coffee and leggings instead of pants) but since they’re such easy recruits, experimental economists keep using them. Turns out, there is no difference in the behavior of practitioners as compared to my earlier student-generated results. AWESOME (contact me to further talk about just how awesome this result is).

The second part was presenting the results to the utility employees. (Note that the experiment sessions and the results presentation sandwiched the epic Colorado flooding. I’m still shocked anyone showed up to hear how the experiment turned out.) We ended up having a great discussion about how the results can be used in design of rate structures and the online portal that they’re developing for customers to check their usage regularly. We talked about the benefits of using an experiment like mine before testing a policy through a likely costly pilot experiment with real customers.

The third moment occurred over the course of three days following that debrief with the Utility employees. Some of my employee experiment participants were hosting and presenting at the Western Load Research Association fall conference. There was an opening in the agenda and my talk on consumer behavior/ experimental economics got squeezed in! While my talk was just another talk, the time I spent at the conference was what mattered. I was immersed in a supportive and active community on electric load research issues ranging from forecasting to the impact of electric vehicles to design of demand response programs like time-of -use pricing.  I was inundated with rigorous and fascinating research that has a real impact on thousands of people’s everyday lives. Plus they’re really fun group of people: When presenters were introduced, their bios included a long list of impressive credentials following by their love of running or having a miniature Shih Tzu named Chewbacca. The after-conference activities included a New Belgium Brewery tour.  Discussion of location for future meetings centered on where/when a ski trip could be piggybacked onto the conference.

I’ll agree that I somewhat benefited from being lucky, (but that’s just preparation meeting opportunity, right?). But as a result of taking the steps to connect with the so-called ‘real’ world I’m trying to improve with my research, I ended up learning a ton about the electric utility industry and consumer behavior issues motivating change in the utility business. Plus, I gained a wealth of candid career advice. I cannot stress the importance of graduate students keeping their research interests grounded in reality enough. It improves your research, ensures that your research is relevant, and enhances your teaching (students love real-world examples).

Now, choose your own ending: 1) cheesy end to match the cheesy opener, “keep your feet on the ground but keep reaching for the stars” idiom, or 2) stop reading this article and get reconnected with the real world that lives outside of your [tiny graduate student] office. 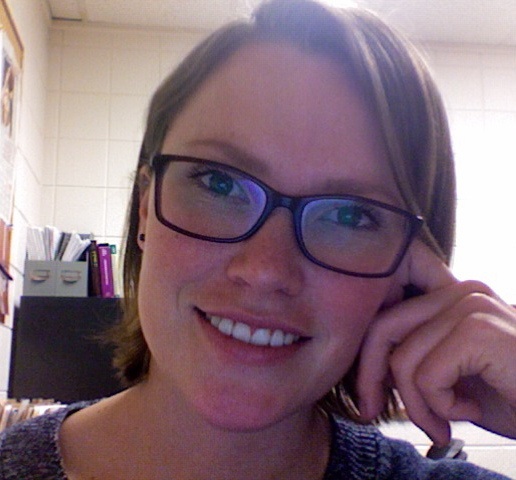